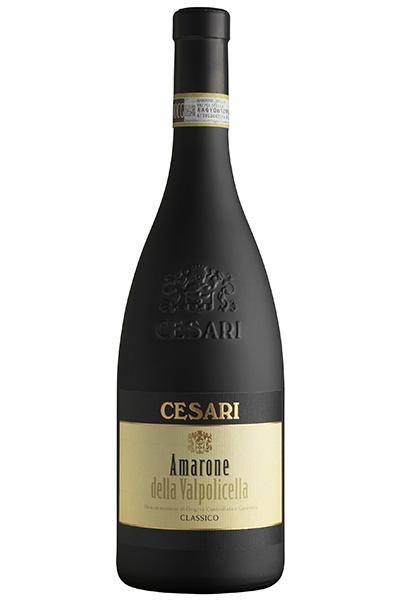 Produced in the classic Valpolicella area.

The drying on racks of the Corvina, Rondinella, Rossignola and Negrara grapes until mid January and the ageing in large oak barrels and barriques, together with the long period of rest in bottles, allow us to enjoy this great wine. 2016 Climatic trend Winter temperatures were higher than average and particularly dry apart from a little snow.

The following months saw temperatures fluctuate, with lower than average values, particularly in July and August. Rainfall remained high, with some days of continuous rain. There were typical summer storms, but no more than normal.

The weather was decidedly good with the arrival of September when, despite considerably intense rainfall, high temperatures and breezes kept humidity low, enabling the vines to reach maturity. Autumn drew to an end with mild temperatures lasting through until early December.

At the beginning of April, early bud break took place in almost all of the vineyards, followed by rapid leaf production. Flowering took place as per normal, towards the end of May. Growth then slowed down and veraison was shown towards the end of July/early August, as has been the norm in the past for the various varieties and environments. Ripening was complete about a month later and harvesting of the grapes destined for storage in the fruttaio began in line with historical averages.

Production Grape varieties made up of 70-75% Corvina Veronese, 20% Rondinella and 5% Rossignola e Negrara. The grapes to be used in the Amarone production are harvested 1-2 weeks earlier than those for the Valpolicella wine. During the grape harvesting, only perfectly unblemished and dry clusters are selected and placed in shallow cases in single layers. They are left to dry in selected well-aired locations, called “fruittai”, to avoid being attacked by mould. The drying process lasts until the end of January.

During these months the bunches are constantly checked and discarded if damaged. At the end of the drying period, the grapes lose 30-40% of their weight and their concentration of sugar, an indispensable element during the following fermentation stage to ensure a noteworthy alcoholic level (around 15%), is increased.

Maceration is carried out on contact with the skins for a period of 20-30 days. During fermentation, given the high alcoholic level that is produced, the yeasts must be strictly selected and be resistant both to alcohol and to cold (the Amarone fermentation period is between January and February). After drawing off the lees, the product is placed in steel vats in order to complete malolactic fermentation in the following months.

At this point, the maturation process, lasting three years with ageing 12 months in large barrels (Slavonian oak) and 30% in small casks, barriques and tonneaux (French oak), will take place. Prior to the release of the product, the wine is left to mature for at least 6-8 months in the bottles.

We need to confirm you’re over 18 years of age in order to allow access to this website.

Taste. Learn. Enjoy. Join the club! BE THE FIRST TO KNOW

You'll be among the first to hear about our latest products and offers, like our award-winning wines and amazing Special buys.